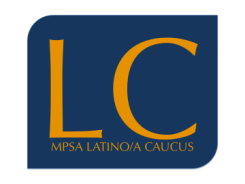 ​The MPSA Latino Caucus is pleased to present the following individuals with awards:

Distinguished Career Awards
David Leal, University of Texas at Austin (2021)
Jessica Lavariega-Monforti, California Lutheran University (2020)
This award recognizes a Latino/a or Latino Politics scholar who has made a substantial contribution to the scholarship who has made significant contributions to the profession and its associations, who has actively mentored scholars own institution or elsewhere, and who serves as a positive role model in the profession.

Early Career Award
Mara Ostfeld, University of Michigan (2020)
This award recognizes a Latino/a or Latino Politics (pre-tenure) scholar based upon her research accomplishments and contributions to the discipline.